Hunting season is right around the corner! There is a feral swine hunt on the Black Warrior Wildlife Management Area scheduled for September 2 - 14 this year. For this feral swine hunt a state hunting license and a Black Warrior WMA Map Permit are required. The Map Permit (map and regulations, 2 pages) can be printed by visiting www.outdooralabama.com. For this special feral swine season, the firearms and archery equipment are as specified for the WMA Stalk Gun Deer Hunts. Hunter orange requirements apply. Dogs are not allowed. The hunt is during daylight hours only. The feral swine hunt is open on Zone A and Zone B of the Black Warrior Wildlife Management Area.
Posted by Allison C. at 11:07 AM 0 comments

A public meeting of the Bankhead Liasion Panel will be held Thursday, August 29, 2013. The meeting begins at 6:00 PM and will be held at the First National Bank in Double Springs. The public is encouraged to attend this public meeting to learn more about the management of and issues affecting your National Forest. Agenda items for Thursday night's meeting include At Risk Rare Species Conservation, the Greater Collier Watershed Forest Health & Restoration Project including shortleaf pine woodland restoration, Horse trail maintenance project updates, and local Fall Landowner Worshop Series information. For additional information about the meeting or the Bankhead Laision Panel, please call the Bankhead District office at (205) 489 - 5111.
Posted by Allison C. at 1:46 PM 0 comments 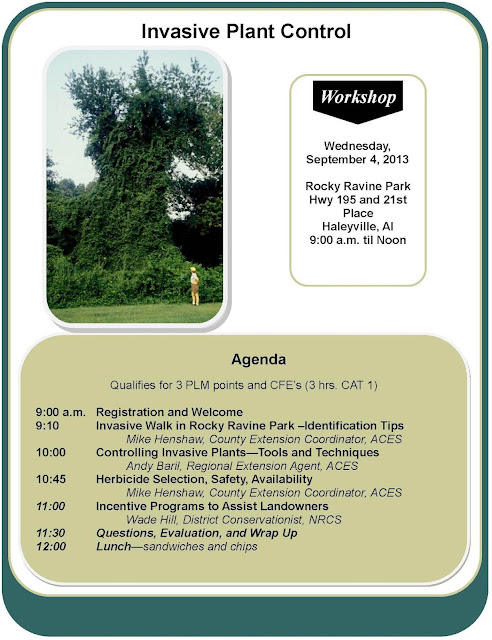 A printable copy of the flyer is available here.

Wildlife food plots was the focus of a workshop held recently in Double Springs at the Emergency Operations Center.  24 people attended the program, which was certified for PLM points and CFE points for foresters.  The Winston County Natural Resources Council, the Winston County Commission, and a number of other cooperating agencies helped sponsor this program. 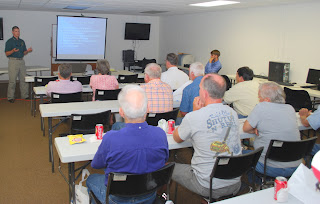 The Herbicide workshop was held on August 10, at the Moreland Community Center.  The workshop also included a herbicide demonstration site visit in the Collier watershed.  The WCNRC helped sponsor this workshop. 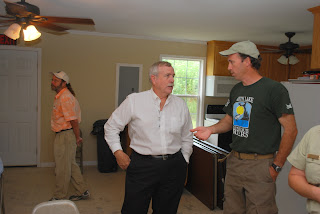 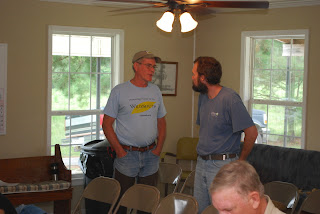 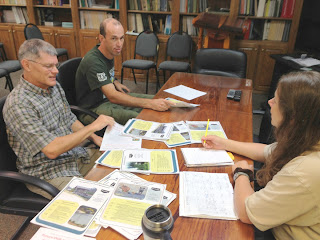 Johnna Franks, Treasurer, text messaged that the balance in the treasury was $13,769.54.

The US Fish and Wildlife Service has proposed endangered species act protection (federal listing) and critical habitat designation for three plants in the Southeastern United States.  One of those plants, the fleshy-fruit gladecress is known from the Bankhead National Forest in Lawerence County, Alabama.  Learn more about the efforts and how to comment at the link below.

The US Forest Service, US Fish and Wildlife Service, and a host of partners have been working to conserve and improve habitat for the fleshy-fruit gladecress on Bankhead for many years. 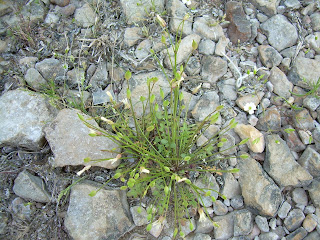 August Meeting of the WCNRC

The August meeting of the Winston County Natural Resources Council will be held at 9:00 a.m., on Thursday, August 15, at the U. S. Forest Service Office in Double Springs.
Posted by Mike at 9:42 AM 0 comments 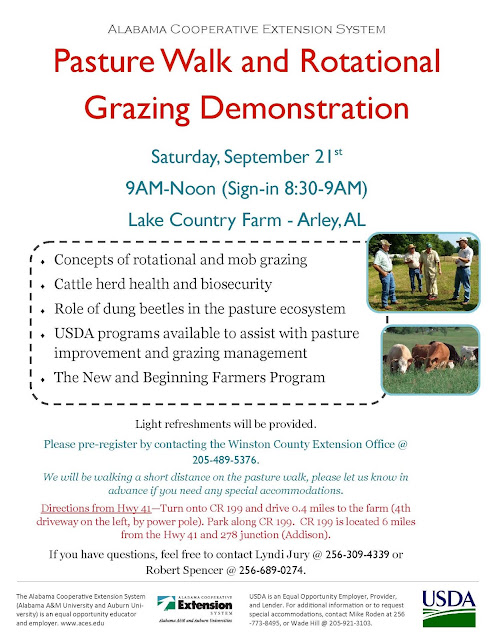 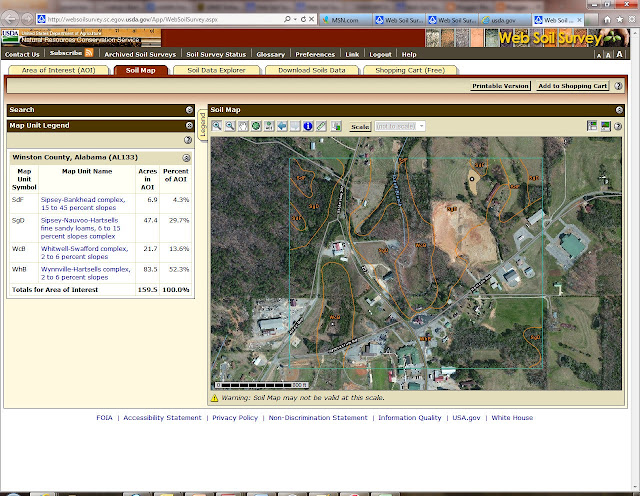 This image is a screen shot of a session of Web Soil Survey available online from the Natural Resources Conservation Service.  I found it takes a little time to learn the interface, but I was able to get soils information for a site near Arley.  It also printed out a useful map once I had selected the area of interest.  It seemed to work much better in Microsoft Internet Explorer than with another browser, but that might just be my computer.  I'm adding a link to Web Soil Survey to the blog's link section.
Posted by Mike at 2:51 PM 0 comments