The WCNRC will meet at the Houston Rec Pavilion April 15 at 9:00 am. We hope to see you there! 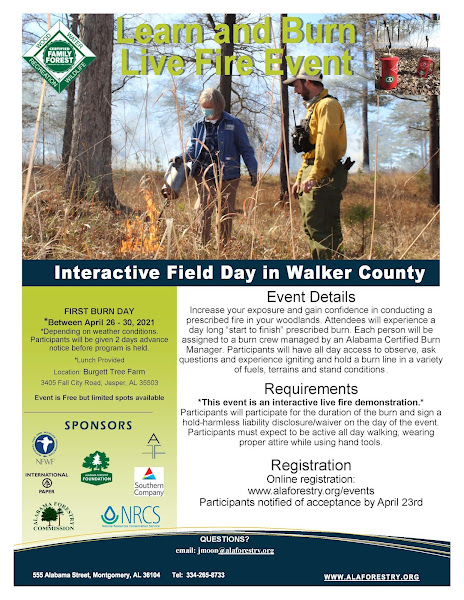 Allison opened the zoom meeting by welcoming all. The bylaws and nonprofit status previously discussed at the past two meetings was discussed again. Allison mentioned we will likely need to wait until tax season is over to get an accountant hired for the process of reinstating our 501(C)3 status. It was brought up and discussed if we wanted the WCNRC fiscal year to follow the calendar year or not. Pros and cons were discussed. Andy Baril motioned  we follow the calendar year. Mike seconded. None opposed. Allison also noted Maggie and Mike have reviewed the proposed bylaws. Any other members can weigh in and mention changes.

Allison noted that PJ Gosset has volunteered to be the WCNRC treasurer. All members present thought that would be a good move but tabled the vote until next meeting when maybe he can be present. The treasurer will need to file the paperwork necessary for incorporation status and we need to be sure that timeframe works with his schedule.

Zack noted there will be a May 18 herbicide meeting in Marion county for PLMs and pesticide points. It will be a daytime meeting led by Horticulture Extension Agent, Lucy Edwards with Andy Baril assisting. Full details were not available at meeting time but Zack will post the flyer to the blog when it is finalized.

Allison mentioned there is a  study of endangered fish going on in the Black Pond wetland area.

Andy Scott noted Corinth and Clear Creek recreation areas are open and that they did hire the Americorp Vista. She will be working with volunteers.

Mike reported that he has been selected once again to serve on the RAC state committee.  He also noted he will try to set up our May meeting to be a field trip to the mulch business on C.R. 2

Next meeting April 15 in person at the Houston Recreation Pavilion.

NEWS RELEASE Contacts: Val Keefer, The Conservation Fund, 703-908-5802, vkeefer@conservationfund.org Tammy Freeman Brown, USDA Forest Service, 334-241-8144 x144, tammy.freemanbrown@usda.gov SIPSEY WILDERNESS AREA GAINS MISSING PUZZLE PIECE Previously threatened land in the heart of Alabama’s beloved Sipsey Wilderness now secured for wildlife, watershed preservation and public recreation WINSTON COUNTY, Al. (March 2, 2021) — One of the last two private pieces of land within the Sipsey Wilderness of Bankhead National Forest is now officially protected, the USDA Forest Service and The Conservation Fund announced today. Previously threatened by development, this 40-acre property will now be part of the beloved Sipsey Wilderness thanks to funding from the federal Land and Water Conservation Fund (LWCF). One of northern Alabama’s most treasured natural places, the Sipsey Wilderness within the Bankhead National Forest supports some of the state’s most diverse ecology and wildlife species. The newly protected 40-acre tract sits in the heart of the Sipsey Wilderness where it’s surrounded on all four sides by national forest like a puzzle piece. Within the property, visitors will find large cliffs dramatically rising over the Sipsey River, including a large section of rock wall known as Shiprock, as well as a narrow ridge called the Devil’s Backbone and a small natural arch going through it. Around these landmarks and riverbanks, the property is almost completely forested. Under private ownership, the property faced high threats of being sold for development that could have jeopardized the land’s wilderness character, iconic biodiversity, wildlife habitat and importance to the Alabama community. Now, it’ll remain protected in perpetuity as part of the Sipsey Wilderness under Forest Service ownership. “The USDA Forest Service is grateful to The Conservation Fund for its efforts to help secure this very special property located in the Bankhead National Forest,” said Cherie Hamilton, forest supervisor for the National Forests in Alabama. According to Hamilton, the 40-acre tract acquisition brings added value to the wilderness character because of its location in the heart of the Sipsey Wilderness where three trails converge with the Sipsey Wild and Scenic River. The public can enjoy expanded opportunities of solitude, natural beauty and special features of wilderness. When the property went up for sale in 2018, national environmental nonprofit The Conservation Fund acted quickly to purchase the land for conservation. The Fund then held and managed it until the Forest Service could secure the necessary LWCF funding to acquire the tract for the Sipsey Wilderness. As part of the national forest system, the land will remain protected for wildlife, watershed quality and public recreation like hunting and hiking. In addition to LWCF, Fred and alisbury, North Carolina made a generous donation to make this project possible. “For decades, nature lovers in Alabama feared what may happen if this tract were to be lost to development,” said Stacy Funderburke, The Conservation Fund’s Alabama Associate State Director. “Protecting the iconic Sipsey Wilderness from any future threat will impact generations to come. Our partners at the USDA Forest Service and funding from the LWCF have once again helped protect a treasure for the Alabama community.” This is one of Alabama’s first conservation wins since the passage of the Great American Outdoors Act in 2020, which fully and permanently funded the LWCF. LWCF is a bipartisan program that conserves ecologically and scenically valuable land across the U.S.—including many of Alabama’s iconic natural places such as Little River Canyon and the Pinhoti Trail. The nearly 30,000-acre Sipsey Wilderness preserves the verdant and stream-filled canyons within Bankhead National Forest on the Appalachian Plateau. The wild and scenic landscape was one of the first wilderness areas designated east of the Mississippi. Today it remains Alabama’s largest designated wilderness and is one of the state’s most popular and beloved wild places. Roughly a two-hour drive from both Birmingham and Huntsville, the Sipsey Wilderness has been an accessible natural space for camping, fishing and more. The inclusion of this 40-acre tract will improve trails for hikers and expand river access for canoeing and kayaking. About The Conservation Fund At The Conservation Fund, we make conservation work for America. By creating solutions that make environmental and economic sense, we are redefining conservation to demonstrate its essential role in our future prosperity. Top-ranked for efficiency and effectiveness, we have worked in all 50 states since 1985 to protect more than eight million acres of land, including over 21,600 acres in Alabama. www.conservationfund.org/ # # #
Posted by Allison C. at 11:41 AM 0 comments 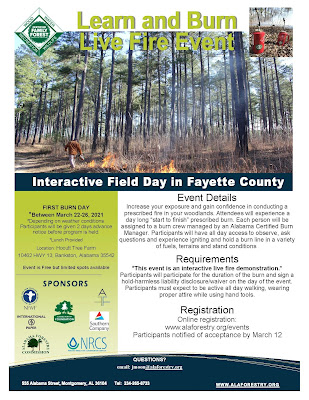 Allison opened the meeting and addressed the nonprofit status of the WCNRC and stated if we pursue 501(c)3 status, we must have bylaws which include a mission statement. She had emailed all members a draft proposal of bylaws to look over. These were taken from the state natural resources council site and tweaked a bit for Winston County.  The floor was opened to thoughts about the bylaws.

Johnna noted she became a member in 1989 and the council was already going then but she does not have a copy of bylaws. Original members are no longer involved. Maggie noted she thought that the group at one time had bylaws and must have been a nonprofit and noted we could look on the Secretary of State website. Bill asked if we truly wanted to go after nonprofit status when there are other options. Allison noted that there are grant opportunities to nonprofits for large sums of money and working with larger organization/groups and that she thought it would be a good idea. Zack noted that he had spoken with an accountant that reestablished the Haleyville Community Foundation to nonprofit status and an estimate from this individual was $800 then $600 annually to file the 990 form. Allison said she also talked to a CPA from Cullman that works with the Smith Lake Advocacy, but they would not give any estimates until after tax season. Maggie noted Wild Alabama uses one, Kerri Nichols, who could file an E-990 for $100 as long as it was for amounts <$50,000.

Allison asked for a motion on:

1)If the council wishes to pursue moving forward with the nonprofit status.

2) If we wish to hire a professional to file the paperwork needed.

Allison did note the officers will continue working on finding any old bylaws or tweaking newly drafted ones to include information on officer duties and terms. This topic will be revisited next meeting. Everyone is encouraged to read over the drafted bylaws and give input.

Johnna gave the treasurer report. She noted it was the same as last month, which is $8066.52. Of this amount $663.18 is grant funds for the Alabama Forestry Commission held in the account that was a grant by Joel Bartlett. She has spoken with Casey about spending the money or if they want to donate it to the council. It is earmarked for fire fighting equipment. Johnna also noted she will be retiring from the AFC by summer and wishes to retire from being the WCNRC treasurer also. We should be looking for a new treasurer and she recommends someone local to write checks when needed. Johnna gave an AFC update stating they are behind on burning, working on management plans and Casey has been very busy. Supposed to get trees in for giveaway next week. Will giveaway first week of March.

Brad noted the AFA is a nonprofit so may can assist our group with the process, if needed. He also updated on the Mims Property canoe access project on Hwy 33. They are working on getting documents signed with the county for fixing the parking area, blocking access to the lower portion and possibly an educational pavilion in the future. The AFA children's book, Lucy Meets a Logger is out and he will get the council a copy. There will be a Learn and Burn in Fayette the week of March 22-26 at the crossroads of 13 and 102. There will be a late spring Learn and Burn on the Walker/Winston line. Watch for flyers on those and share with folks.

Andy Baril noted the Walker County tree giveaway of long leaf pines to school students will be next month. There is a private pesticide applicator workshop coming up. Walker County tree sale will be March 5 at the Farmer's Market.

Kerri reported she will also be giving away long leaf pine seedlings to 4-H students in Winston County in March. International Forest Co. is donating the 600 seedlings. 4-H is working on AWW events with high school students from Lynn and Meek and our 4-H ambassador may be asked to interview Andy Scott and Allison about the AWW locations in Bankhead for a short video.

Maggie gave a Wild Alabama update. The weather has hampered some activities, but they did do a crosscut saw and chainsaw training and are working with Winston County school teachers to plan Citizen Science activities including Hemlock research and repopulating hardwoods by collecting acorns.

Matt updated on CWD. They have still not had it confirmed in Alabama yet. Had good sample numbers statewide but collection at the Bankhead freezer was really low. Very high deer harvest this year with game check reporting 195,000 deer harvested this year in Al. They had a youth trapping workshop and had 25 kids participate. It was a success and he suggests maybe hosting one in Winston County in the future.

Andy Scott noted the forest service is very busy. They are gearing up for three timber sales. There is a green salamander study ongoing and silviculture work going on. All recreation sites are open. There is an Americorp Vista position open in the Bankhead. This person would organize volunteers and strengthen partnership opportunities.

The meeting adjourned. Next meeting March 18 via zoom.

As a reminder, please review the proposed bylaws and mission statement that Allison emailed previously as this will be a main topic discussion.

We hope you can join us from the warmth of your home or office on this cold winter day.